We’re going on a bear hunt at UWS!

Earlier this year, over 100 roarsome bear sculptures descended upon the city of Birmingham for the Big Sleuth art trail. Painted by amateur and professional artists and placed in varying locations, the decorative bears celebrated Birmingham’s culture and heritage and brought communities together. Once the trail ended, the bears were put up for auction which raised a whopping £270, 281 for the Birmingham City Children’s Hospital Charity.

After spending most of the summer decorating Birmingham’s streets and open spaces, two of The Big Sleuth bears have moved into the offices at UWS and made it their new home. We sat down for a chat with UWS owner Gerry Pountney to find out why he bought these bear-utiful works of art and why he finds them so captivating. 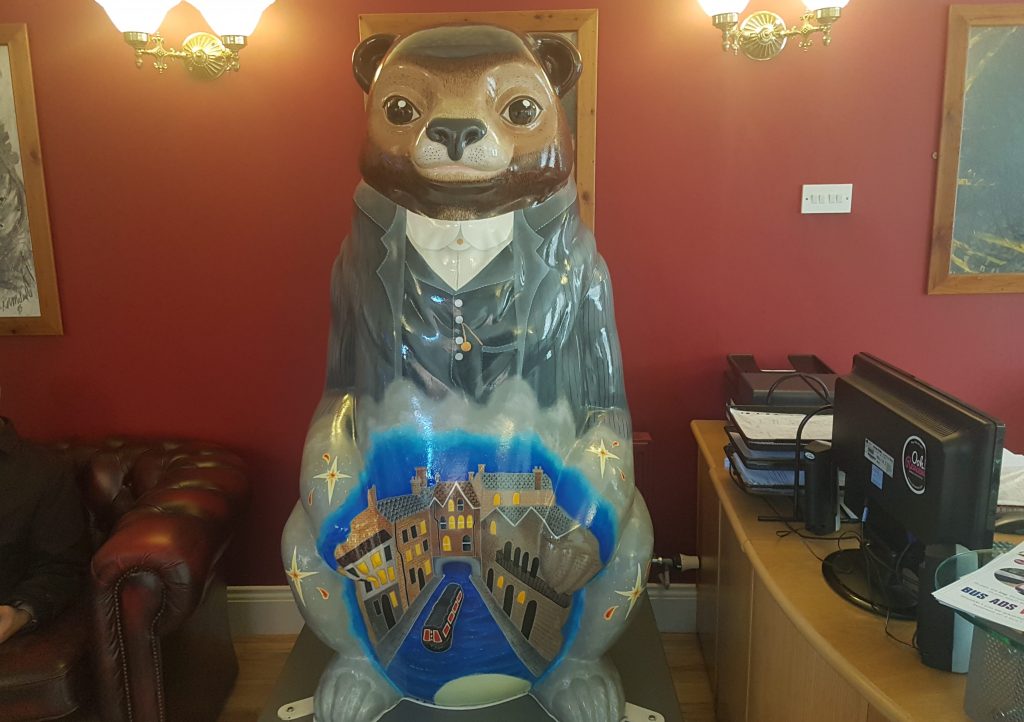 Hi Gerry, how did you hear about The Big Sleuth project?

The first I knew about it was when I was walking through Birmingham and saw the bears dotted around the city centre. I was amazed at how many people stopped to look at them and they seemed to be a real talking point.

They certainly are eye-catching! What made you want to get involved?

I’ve always wanted to put something into the reception areas of the UWS offices that would be a real conversation starter and the bears seemed to be exactly what I was looking for. I also liked that the money raised from the auction of the bears went straight to the Birmingham Children’s Hospital Charity and the families they support. So, for me it was a winner for everyone.

Why did you choose these two bears in particular?

I liked The Gas Street Bearsin bear for two different reasons. I have wonderful memories of walking down the canals at Gas Street when I was a kid and the bear reminds me of happy times. I also have a new development project in process at the Gas Basin and I have plans to relocate the bear to the reception area there once it’s all finished. I just really liked the look of this particular design. 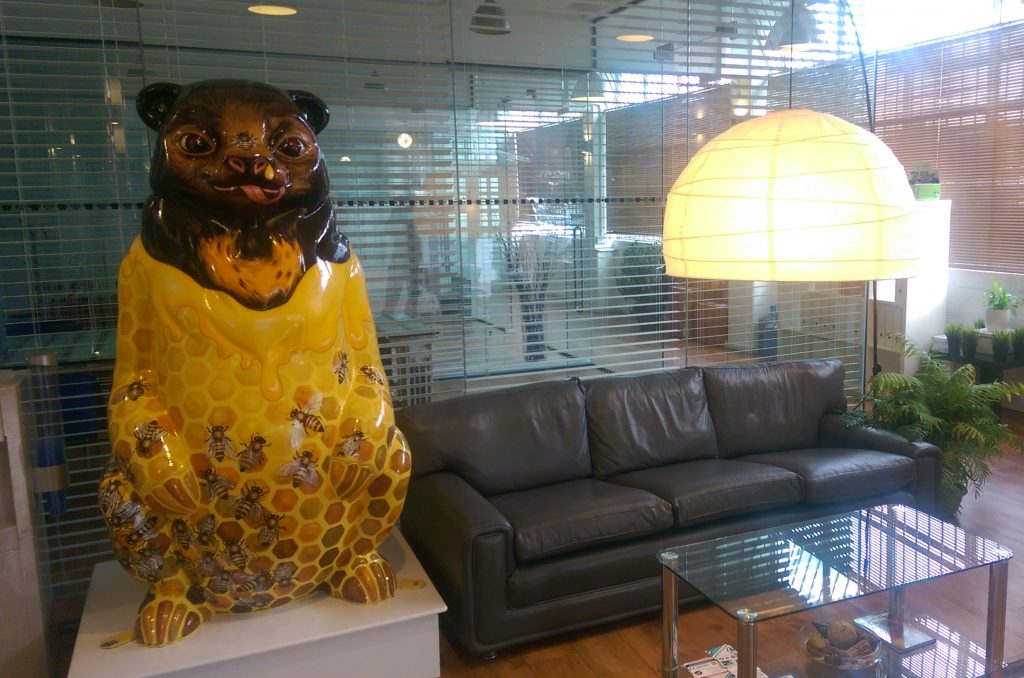 I decided to buy the Honeybear piece because I am a beekeeper and bees are very close to my heart. I make my own honey using the 10 beehives I have at home and the 12 hives I keep at the UWS offices at Steward Street. I enjoy sitting next to my beehives and hearing them work, I’m just enthralled with them. I was drawn to this design because I think the detail of the bees is exceptionally good, but I think both bears are painted beautifully and are of a high quality.

If you could design your own bear what would it look like?

I don’t think that I can do better than the ones we already have. I don’t have the incredible imaginations that the designers have.

Are there any other big additions coming to UWS?

I’d love to buy more pieces from future events organised by Birmingham Children’s Hospital Charity and Wild in Art. Ideally, I’d like to have one animal piece on each floor of our UWS offices.

Why is it important to you that Birmingham’s heritage is protected?

I feel very privileged to be from Birmingham. When my mother came here from Ireland after her parents died, she had absolutely nothing. The city gave our family shelter, warmth and jobs and allowed us to work and build. Birmingham is a fantastic place and it has produced some of the most incredible designers, engineers and builders who didn’t get the praise they deserved for the amazing work they produced. I love my city and I’m crazy about maintaining its heritage and stories. This is why I’m so conscious of protecting the character of the historical buildings I develop.

Birmingham Heritage Week: Looking to the past to secure a brighter future

Quirky Experiences in the JQ to Impress Your Clients